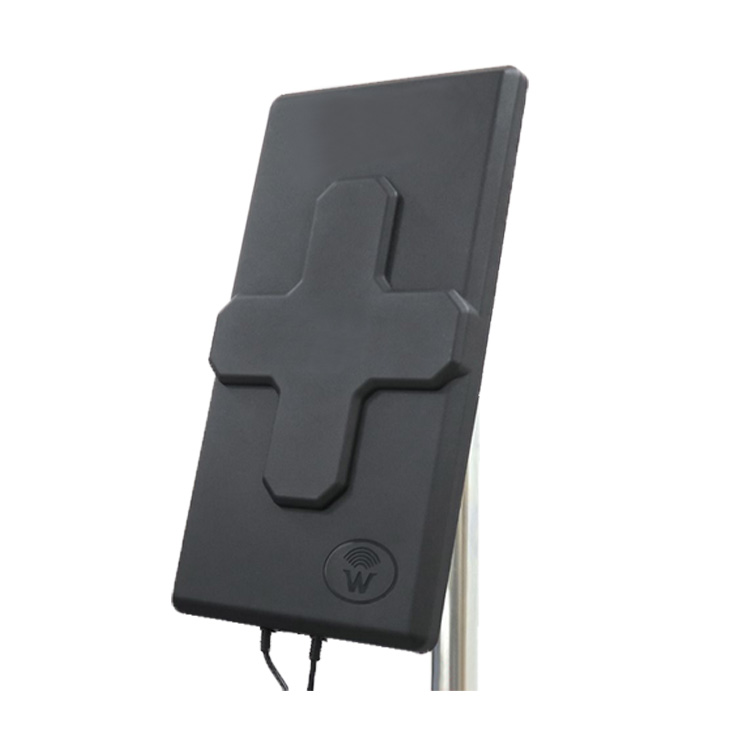 Specializing in research, development, production, sales of 4G 5G antennas. Our company business has adhered to the principle of “Integrity, Credibility and Win-Win Success”. Work with us, you will get the Solutions.

1G is a cellular wireless phone system based on analog technology, 1G signals are analog. The anti-interference performance is poor, designed to transmit only voice traffic, and limited by the network capacity.
2G is the second generation of cellular communication technology. with digital voice transmission technology as the core, including TDMA CDMA.
2G is digital communication, so the anti-interference capability is greatly enhanced.
3G refers to cellular mobile communication technology that supports high-speed data transmission.
3G services can transmit both voice and data information at a rate of several hundred kps or more.
4G is a combination of 3G and WLAN and transmit data, high quality, audio, video, and images at high speeds.
LTE is currently the most widely used above 4G, capable of downloading at speeds of 100mbps or more.
5G is the fifth generation of communication technology.
the main characteristics of wavelength for millimeter, ultra-broadband, ultra-high-speed, ultra-low latency.

What is Wi-Fi Antenna?
WIFI is a brand of wireless network communication and held by the Wi-Fi Alliance.

WIFI antenna characteristics
When choosing an antenna, pay attention to whether the antenna connector matches the connector of the connected device. Generally, SMA and TNC for Wi-Fi are mainly connected to the router. If the connector on the 2.4G wireless monitoring device matches, it can also enhance the wireless signal. The antenna base is magnetic and can be attracted to the surface of metal objects. That can let the antenna receive a stronger. To plug for play without any additional conditions. The gain and directionality of the antenna are also the key points to consider.

What is the Wi-Fi antenna function?
WIFI antenna is primarily to enhance the wireless network signal.

What kind of Wi-Fi antenna?
Built-in and external two types
External ones are generally used for products such as wireless routers.
The built-in products are used in mobile phones, mobile computers, and other products.
The built-in Wi-Fi antenna is divided into two categories:
One is a non-standard antenna
The second is a standardized antenna:

It is a misconception that it will take the signal much better if the bigger size of the antenna on Wi-Fi equipment. It often has the opposite effect and makes things worse! All antennas focus a signal like a torch might have a long narrow beam or a short wide one.
With directional antennas, the higher the gain (more DBS) far distance but narrow for the width of the signal.
The omnidirectional antenna sends the signal all around. If the gain increased, the flatter it becomes. So if you put a higher gain antenna on the downstairs router, maybe the signal upstairs has disappeared!
When choosing the antenna, It is careful to consider how far signal you would like to reach.
And remember isn’t better if the antenna is big!

1, The router will emit heat when it is running. When its temperature reaches a certain level, work efficiency will be affected, thus reducing the service life. We remember to turn off the router, preferably once a day. The router will have a better rest time, and after it turns on again, it will serve us better and provide a better signal to everyone.
2, The weak signal of a router is related to the placement. If the location is too low, other items will be obstructing the WiFi signal released by the router. So that’s better to place the router in a higher position.
3, It is best to place the router at a distance of more than one meter from the ground so that the signal can have a better path of propagation. In addition, placing the router away from other electronic products can also strengthen the WiFi signal, because various appliances emit electromagnetic signals between them, which is also a kind of interference and obstruction to the router’s WiFi signal.
So the router is best placed in the open, without any appliances close by, and in a higher position.

Here are some of the reasons you might meet a worse performance after connecting an external antenna:
1, Internal / External Antenna Selection: There is an option to select between an ‘Internal’ and the ‘External’ antenna for some router. If this option is selected wrong, the router will not get any benefit from the external antenna.
2, Damaged coax cables: When a coax cable is bent or compressed, the inner materials may become damaged. It affects the working of the wireless system. Damaged coax cannot always be seen from the exterior and needs to test to confirm its performance.
3, Coax cable impedance not the same: It is better to ensure that the same impedance as for the whole system. To use a 50 Ohm antenna with a 50 Ohm coaxial cable, with the 50 Ohm router or radio is necessary.
4, The antenna install orientation: It is most attention to install antenna orientation when using a uni-directional antenna.
5, Installation obstructions: it is best to install the antenna with an as little barrier as possible. That gets more signal.
6, RP-SMA connectors: An RP-SMA connector often uses as an SMA (RP-SMA connectors are normally used for Wi-Fi applications). We occasionally find customers connecting an RP-SMA to an SMA connector, these connectors are partially compatible from a mechanical perspective, but they are not compatible electrically.